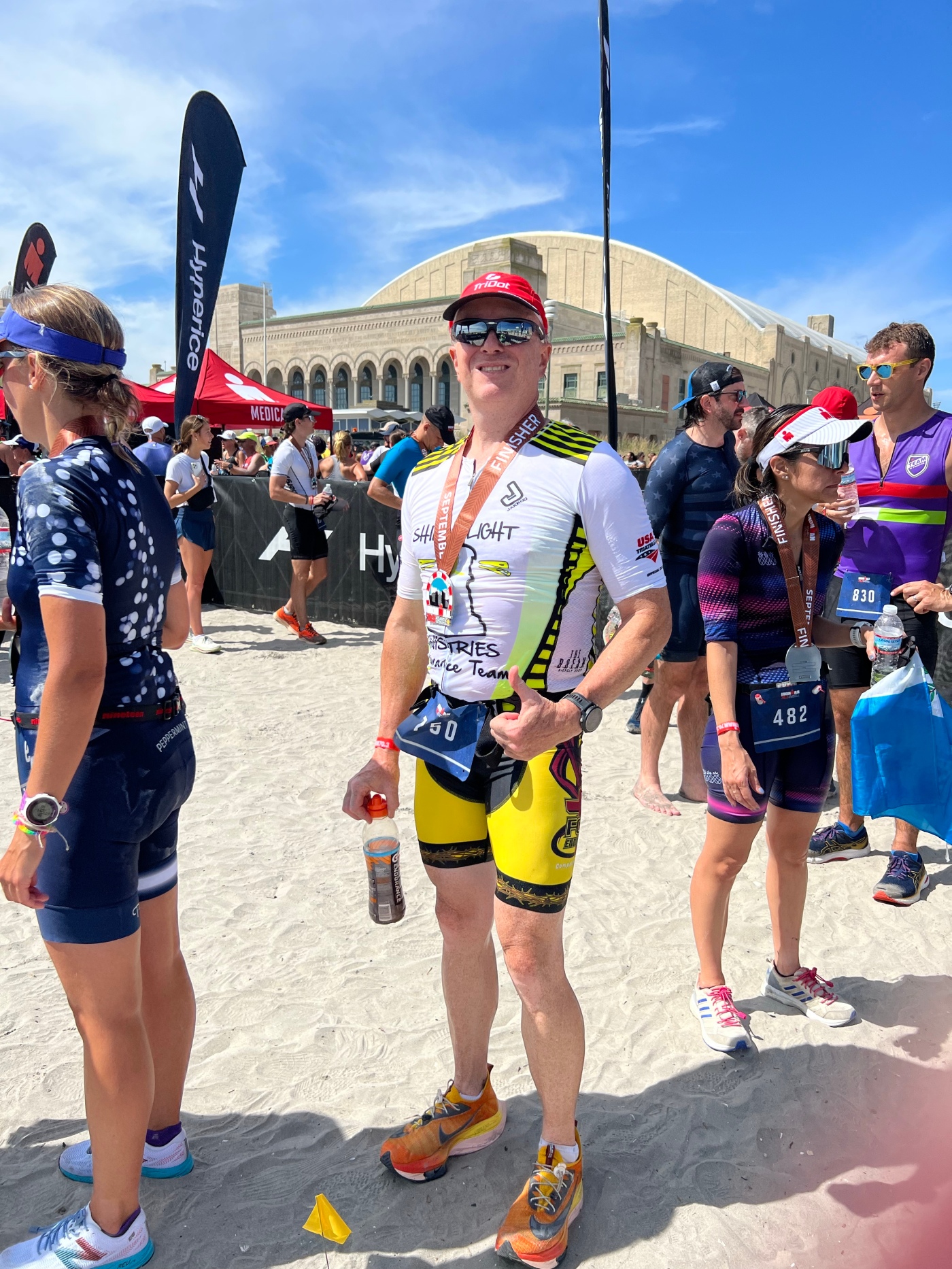 What a wonderful weekend as You, Lord, allowed me to compete in IronMan 70.3 Atlantic City. I don’t know that I have felt the need for God’s strength in a race as much as this, as I have been dealing with an injury and I found out that I was unable to defer to next year.

Not only was I dealing with the pain of the injury (plantar fasciitis), but also less training (a lower training load) over the months before the race. I felt like He would allow the race to be deferred if He wanted, or give me the strength to compete if it wasn’t.

It was such a nice weekend with my wife, and the weather was beautiful. I met a lot of great people and worked to encourage many throughout the race (and was encouraged by others). As my body began to struggle, and I wanted to stop and walk, I spent that time (much of the run) reaching out to God for strength, and He gave me what I needed!

I spent that time (much of the run) reaching out to God for strength, and He gave me what I needed!

There have been plenty of times in ministry when I have felt the same way. I am too weak. I am too tired. Lord, this task seems too big. What You have called me to is too great. Yet He has given me the strength to continue when I have relied on Him, and I know that He will continue to do so.

“I thank Christ Jesus our Lord, who has given me strength, that he considered me trustworthy, appointing me to his service. Even though I was once a blasphemer and a persecutor and a violent man, I was shown mercy because I acted in ignorance and unbelief. The grace of our Lord was poured out on me abundantly, along with the faith and love that are in Christ Jesus.” 1 Tim. 1:12-14 NIV

Paul was a man of God who constantly relied on God for his strength. I love this passage because we have much to thank God for, for He considers us trustworthy and has appointed us to His service (as believers).

And those He calls, He equips and strengthens…

He pours His grace out on us abundantly, along with the faith and love that come from a relationship with Jesus! So we thank Him for giving us everything, not just strength, but grace, love, faith, and the opportunity to be used for His glory.

How amazing is that!

Lord, thank You for strengthening me this weekend, but thank You so much more for Your grace, Your love, and for all You have done for me that makes it possible to be Your child. May I strive to use the strength You have given me for Your glory. In Jesus’ mighty name…